How to achieve starbursts and sunstars in camera! 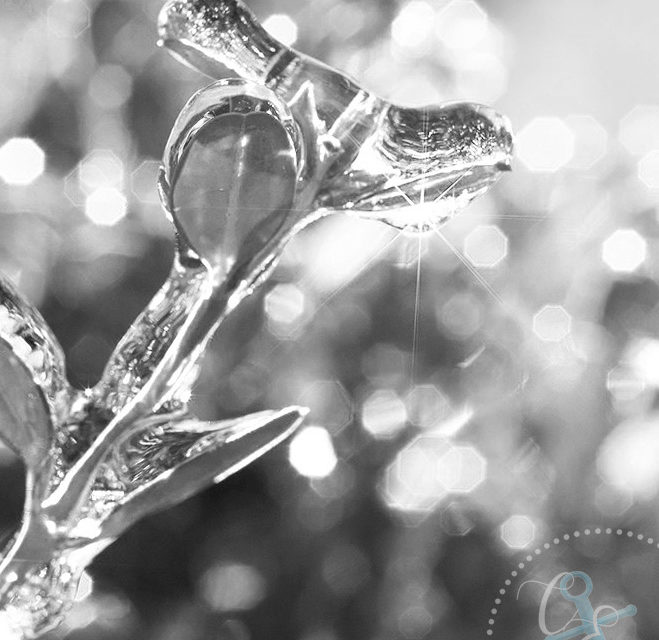 Today I want to explain how to achieve starbursts, or sunstars, in your photography. I’m excited about this post because I had so much fun capturing these photos. We had an ice storm a few weeks back and the kids wanted to go out and play in the ice.. crazy, I know right? They actually enjoyed it for a little while, and I figured if I was out there freezing, I might as well have some fun with my camera. It was so surreal out there. Absolutely everything was totally encrusted with ice. It sure made for some fun pictures though! 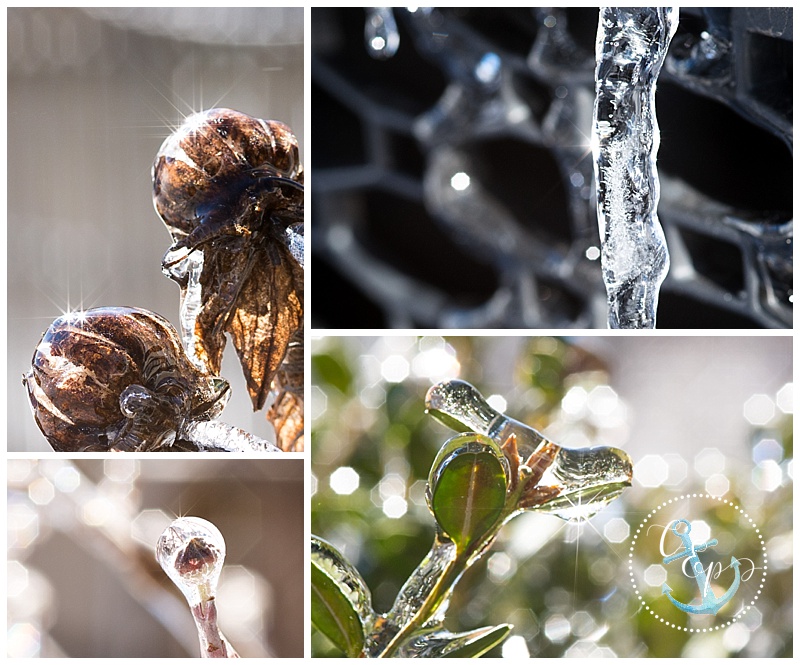 It was pretty amazing to see so much of nature completely covered in ice. Do you notice that little bloom on the bottom left though? It’s kind of exciting to see spring in the works like this!

Back to what you are here for, sunstars in camera are a result of light refraction. Without getting super scientific on you, refraction of light is simply the bending of light. Refraction happens when light is traveling in one direction and something gets in it’s way, forcing it to travel a different way. A good way to see this in action at home is to use a bright concentrated light, and slowly move something solid in front of it. If your cell phone has a flashlight on it, I find this to be a great light to see the effect with. The bulb is so small, yet so bright, that it really brings the effect home. I did this with mine by turning the flashlight on and slowly moving the edge of a heavy envelope over it. You will see as it gets closer, you start to see rays of light rather than one light source spreading evenly.

So, how does this happen in camera? Well, much like the edge of the envelope moving over the flashlight, your camera lens has blades in it that open and close. The more closed down (higher aperture) the blades are, the more the light has to bend around them. Take a look at this picture of the inside of a lens. This lens is as closed down as it goes and you can see it looks like an octagon in there. 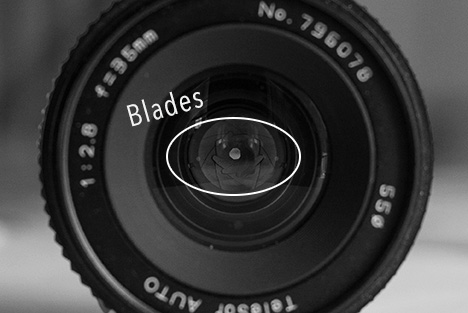 Take a look at the pictures above now. Notice anything? The stars have eight points! You can see it best in the picture of the boxwood on the bottom right where the starburst is coming off a droplet of ice. Those eight corners of the octagon created by closing down the lens are all the points where the light is bending.

That explains how it happens, but how do you achieve the look? In all of these pictures the sun was to the left and high in the sky. Because of the ice, everything was super reflective. I focused on areas that were reflecting the sun most directly. My aperture was set between 7.1 & 9. I would have liked to have been higher, but the wind was whipping and my shutter speed was already having to be set between 500 & 1000. I could have raised my aperture, yes, but that would mean I’d lose light and have to raise my ISO. I wanted these to look pretty clear, so I did not want to introduce noise by raising the aperture. In photography, it’s always one thing for another when it comes to settings!

Now a word of caution. While I entitled this post “starbursts and sunstars” you’ll notice I don’t have true sunstars here. A sunstar would be a picture with the sun in the sky and the same effect of rays coming out of it like the starbursts you see here. I did not include one because on this particular day, as cold as it was, the sun was out in full force. We were probably out right around noon. I did not feel comfortable looking directly at the sun, or pointing my camera directly at it. Remember your camera’s sensor can endure the same damage your eyes can endure from looking directly at the sun. If you are wanting to attempt sunstar images, my advice would be to pick a time of day where the sun in less harsh. Closer to sunrise or sunset would work best. Use your LCD screen if your camera has one, the light will be more subdued for your eyes. You can also get a UV filter for your lens. Try not to place the sun in the center of your image. Make sure it’s off to one side, or if you’ve got an object already obscuring the light and causing that refraction, go ahead and focus on that!

Now go out and have fun trying to capture starbursts and sunstars! 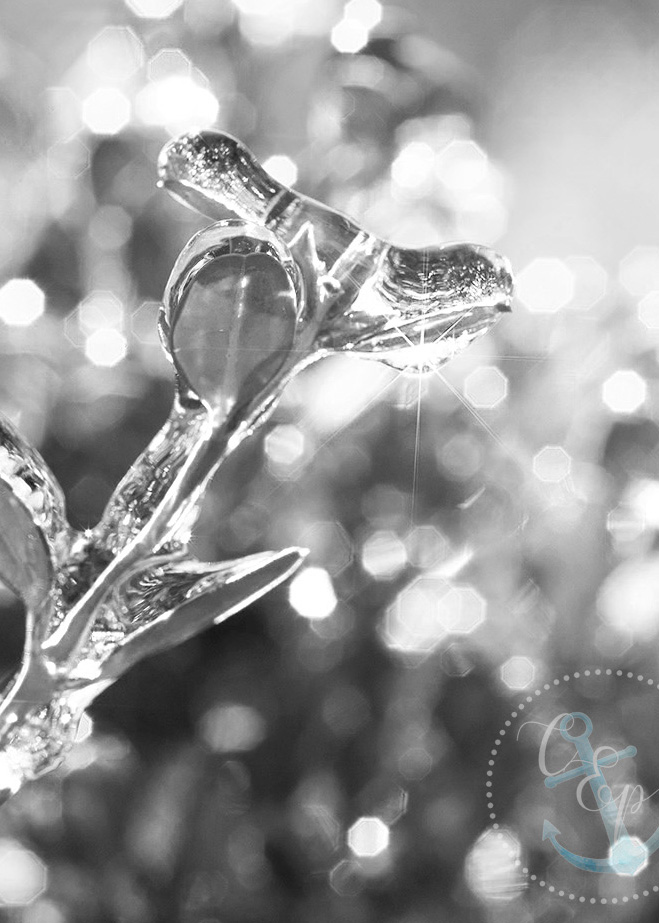